CHECK OUT OUR DJ FAMILY MEMBERS ! 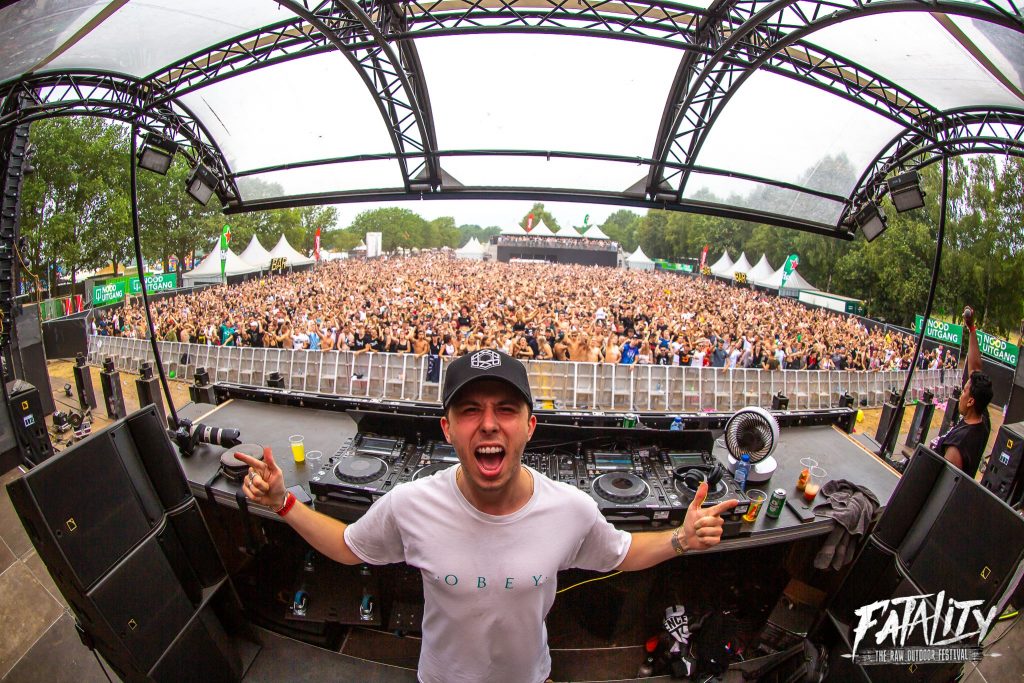 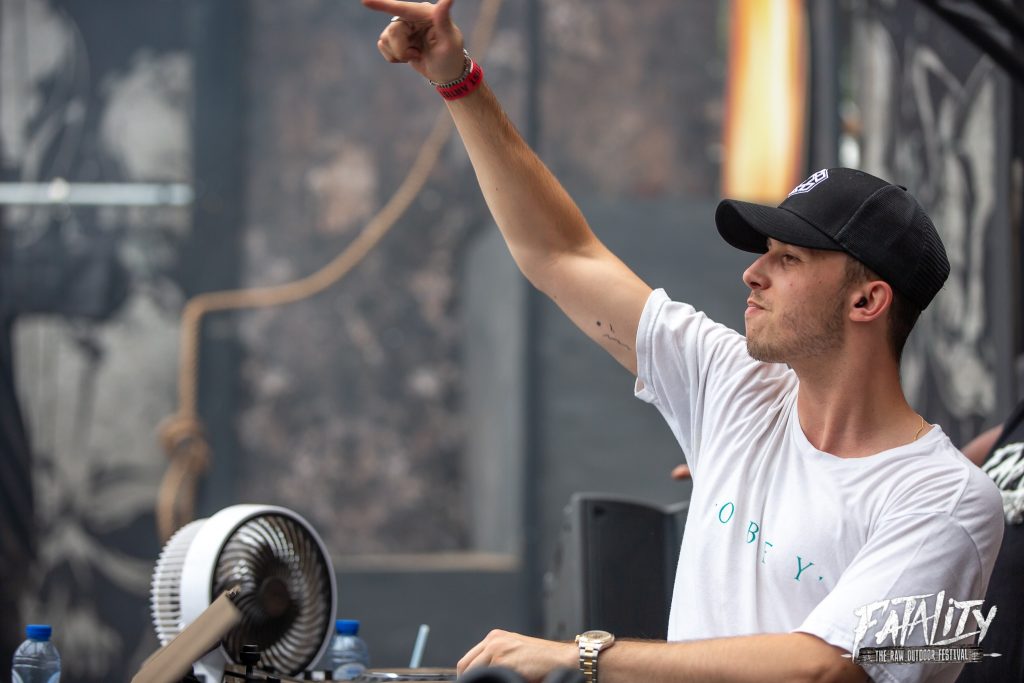 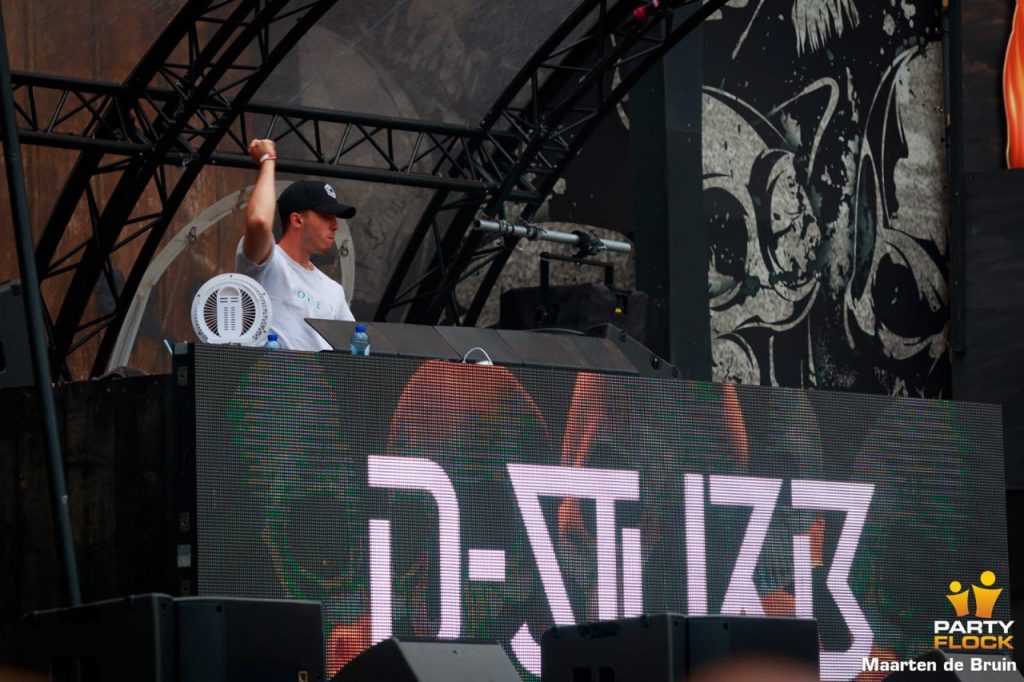 1) How and when did you get in contact with Hardstyle?
Kenneth: That was “In Qontrol” 2008 (Last City On Earth) in the Rai Amsterdam. I was asked last minute by a bunch of friends because they had a ticket left. During that night I was so impressed with the music in combination with the light show that from that moment on I was hooked.

Léon: Two uncles of mine always liked to listen to Hardstyle. The melodies really appealed to me and that has started ever since.

2) When did you started producing music and was that immediately Hardstyle? If not, when did you start producing Hardstyle?
Kenneth: I don’t remember exactly, but I think I started producing music somewhere in 2009/2010. In the beginning the genre sometimes changed, it was just what I wanted. From August 2012 I started together with Léon under the name Audiotricz and the rest is history 😉

Léon: A year later, both uncles took me to my first party; X-Qlusive Technoboy 2009. That was the moment for me that I started to produce Hardstyle. Love at first sight!

3) What is your favourite Hardstyle track of all times?
Kenneth: Headhunterz & Wildstylez & Noisecontrollers – World Of Madness

4) What is your best experience as a Hardstyle DJ so far?
Kenneth: I always think this is a difficult shitty question haha. Every period has it’s beautiful moment. The most recent one is Defqon last year. Next chapter LIVE on the mainstage and Léon with his guitar in the end show!

Léon: That’s definitely last year Defqon to me. And then both the end show moment and our Sunday show.

5) What are your favourite indoor & outdoor Hardstyle festival?
Both: Qlimax & Defqon

6) What’s on your bucket list as a DJ?
Both: Our own sold out show! 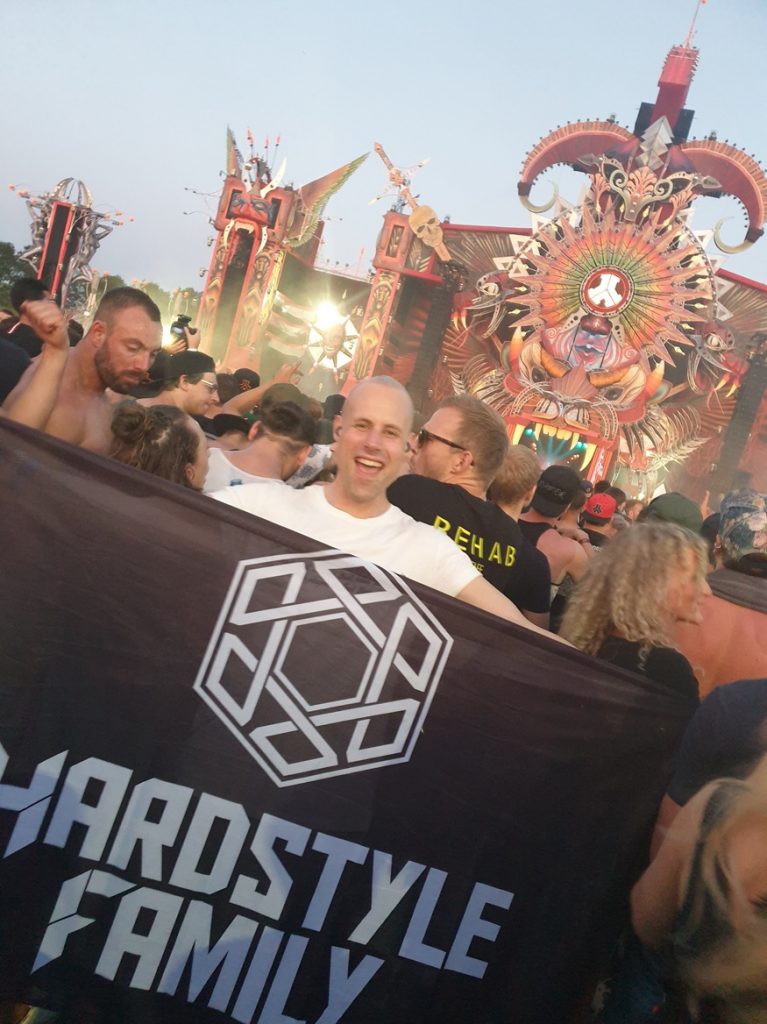 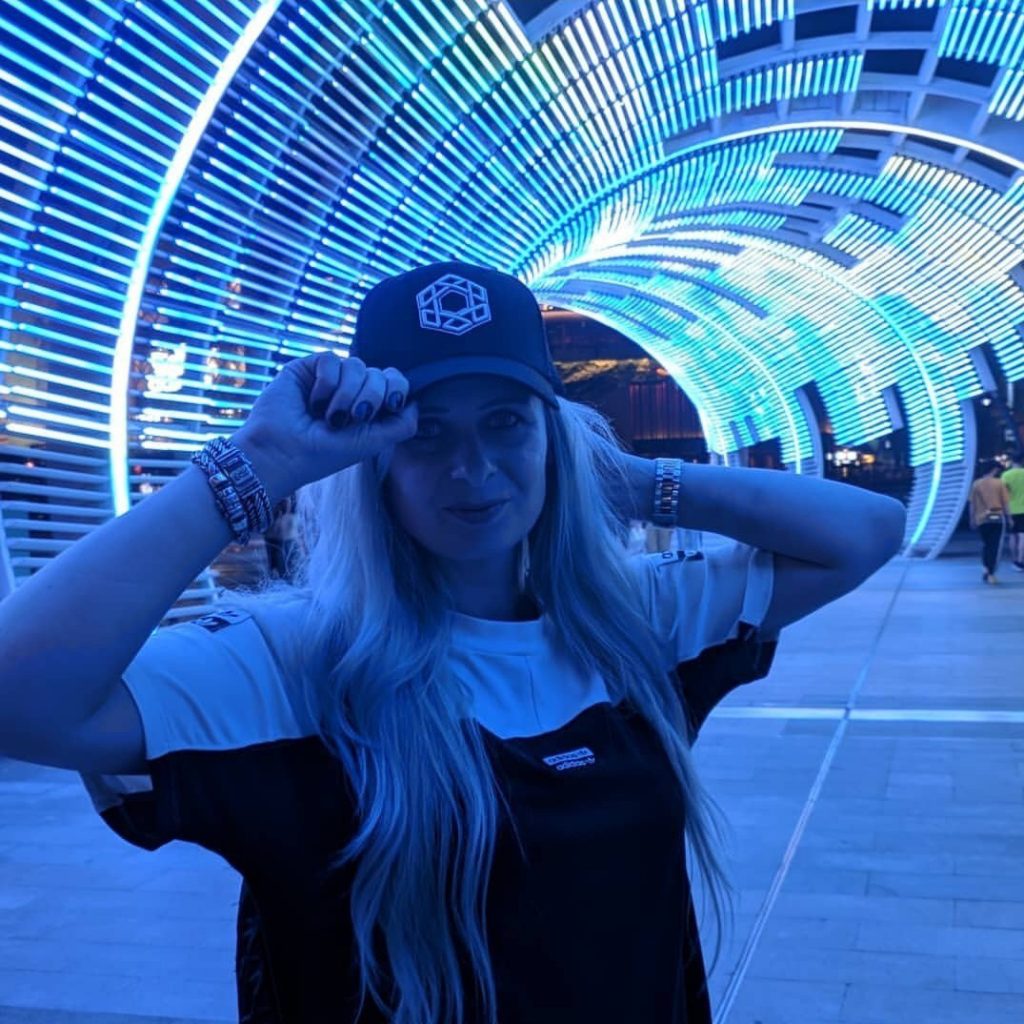 1) How and when did you get in contact with Hardstyle?
That must have been around 2005/2006. I don’t remember exactly how I discovered hardstyle, but I started listening to hardstyle a lot at home. In 2006 I went on a holiday to Spain with a group of friends and during a kind of pub crawl we ended up at a hardstyle party. This was my first hardstyle party and I was hooked immediately. I haven’t finished the pub crawl anymore, haha. Once at home I started to visit the bigger festivals.

3) What is your favourite Hardstyle track of all times?
The Nasty Boyz – Angel remains a very special track for me.

4) What is your best experience as a Hardstyle DJ so far?
Fortunately I have been able to experience many beautiful moments, but if I have to mention one that I will never forget that must be my return on Decibel 2017 after my accident. It was very special to see that the stage was packed and I really noticed that everyone was there at that time to support me. I will always remember that.

5) What are your favourite indoor & outdoor Hardstyle festival?
Indoor Qlimax and outdoor Defqon.

6) What’s on your bucket list as a DJ?
I don’t really have a bucket list, many things I once dreamed of have already came true. I think it would be great to set up an own event. Furthermore, I am happy and blessed with everything that comes my way.

1) How and when did you get in contact with Hardstyle?
I saw the birth arise on the dance floor at the Oldstyle Outburst parties of Qlass Elite (former name of Q-Dance)

3) What is your favourite Hardstyle track of all times?
Currently Nasty Boyz – Angel (Hardstyle Masterz cut) but that can be a different one every day.

4) What is your best experience as a Hardstyle DJ so far?
Closing Defqon Sunday in 2015!

5) What are your favourite indoor & outdoor Hardstyle festival?
Every known festival has its charms, don’t really have one favorite. Defqon and Qlimax are the most important to launch new music.

6) What’s on your bucket list as a DJ?
I would like to play a solo set again on Qlimax and close Defqon on Saturday. 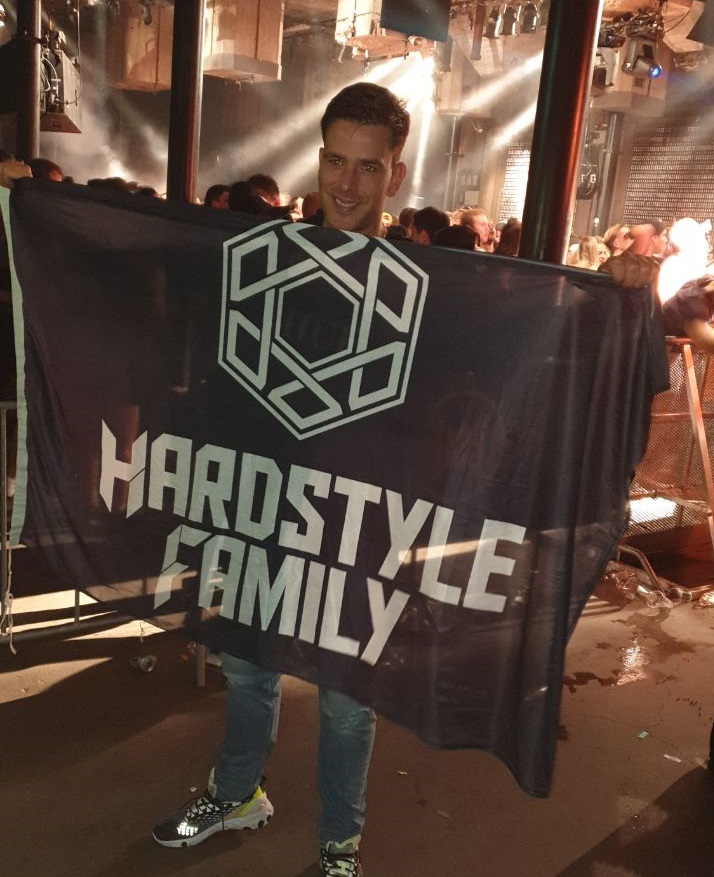 connect with the pitcher

1) How and when did you get in contact with Hardstyle?
Initially I came into contact with the harder styles through my older cousins who were a fan of Thunderdome in my younger years, so of course I was too. It quickly became Charly Lownoise & Mental Theo for me and a few years later I started to jump in the local bars here in the region.

2) When did you started producing music and was that immediately Hardstyle? If not, when did you start producing Hardstyle?
I started mixing for ‘Tros Radio’, then started producing music myself with only one sampler and after a number of tracks a first release came out, that was more like trance. From there it slowly grew from hard trance to Hardstyle. There was no switch, we just made music and suddenly what we made was called Hardstyle. We were at the beginning of a new genre.

3) What is your favourite Hardstyle track of all times?
One of my favourites is JDX – Live The Moment, which I often play during my classic sets.

4) What is your best experience as a Hardstyle DJ so far?
The moment I was on Qlimax together with Zany and DV8 in 2011.

5) What are your favourite indoor & outdoor Hardstyle festival?
Indoor: Everything used to be better
Outdoor: Wish Outdoor

6) What’s on your bucket list as a DJ?
I don’t really have a bucket list, but I would like us to be “popular” among the fans for as long as possible. Often the smaller gigs are just as much fun for me as the real big parties / stages. The main thing for me is that we can bring people a great set with the music we have released. 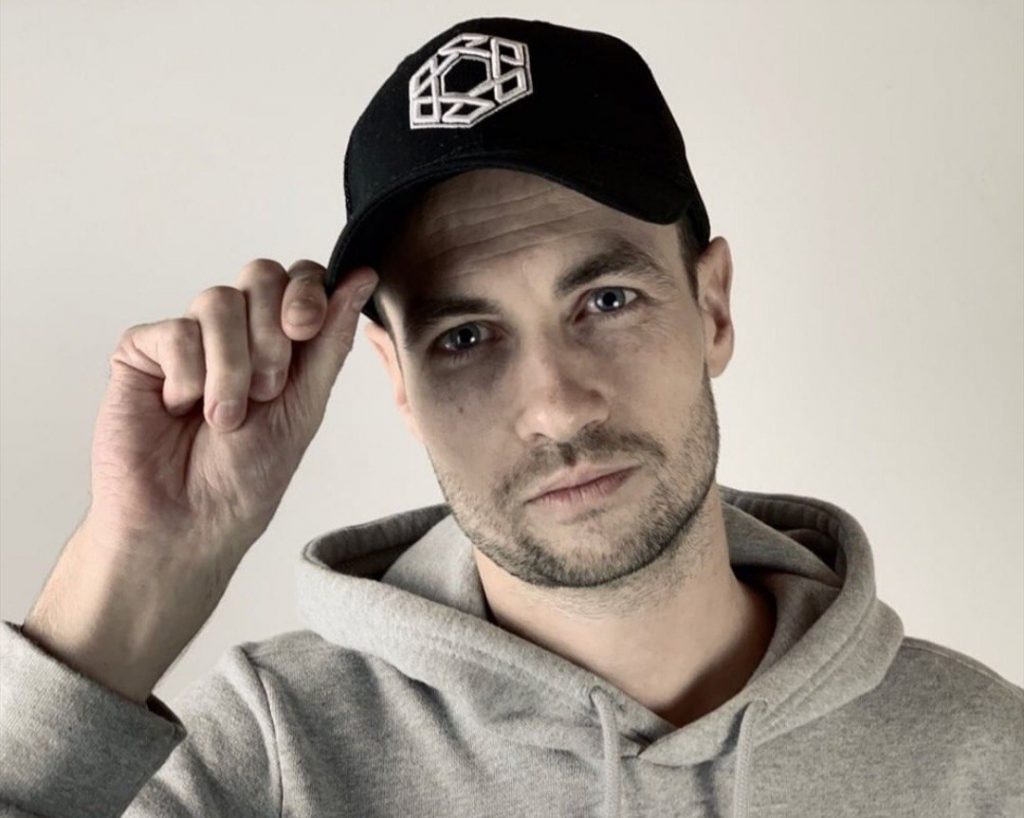 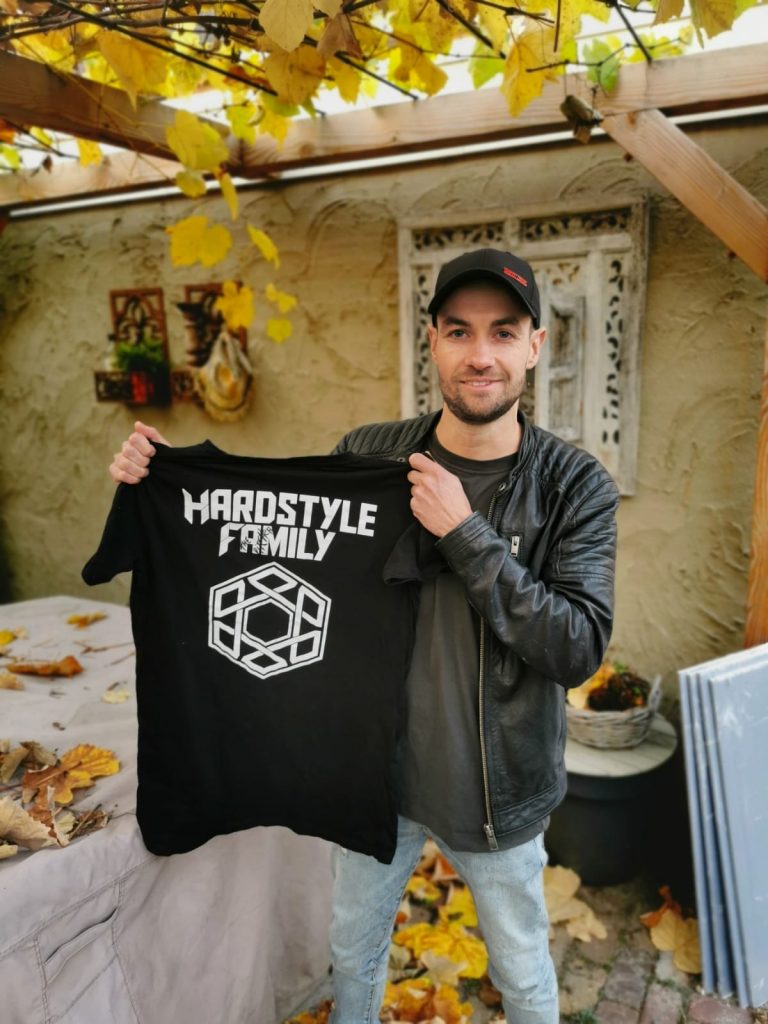 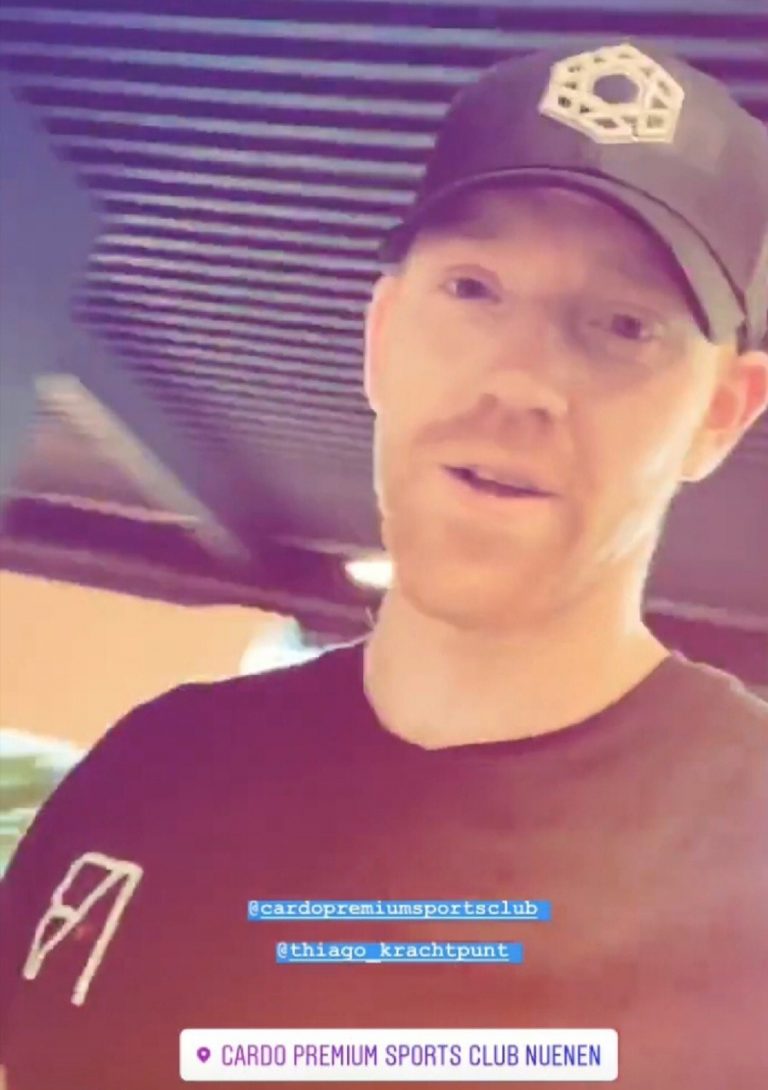 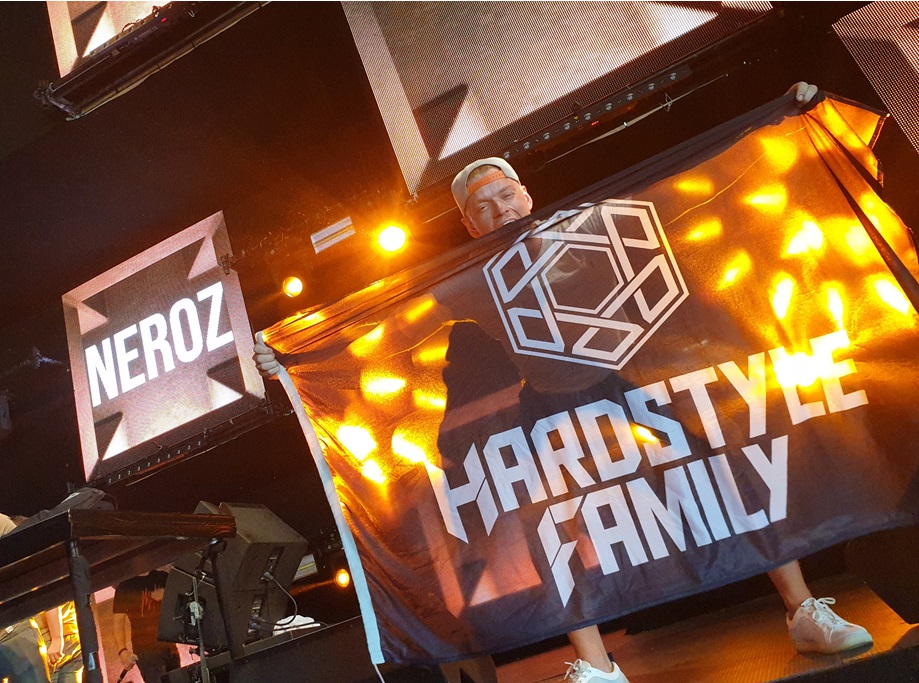 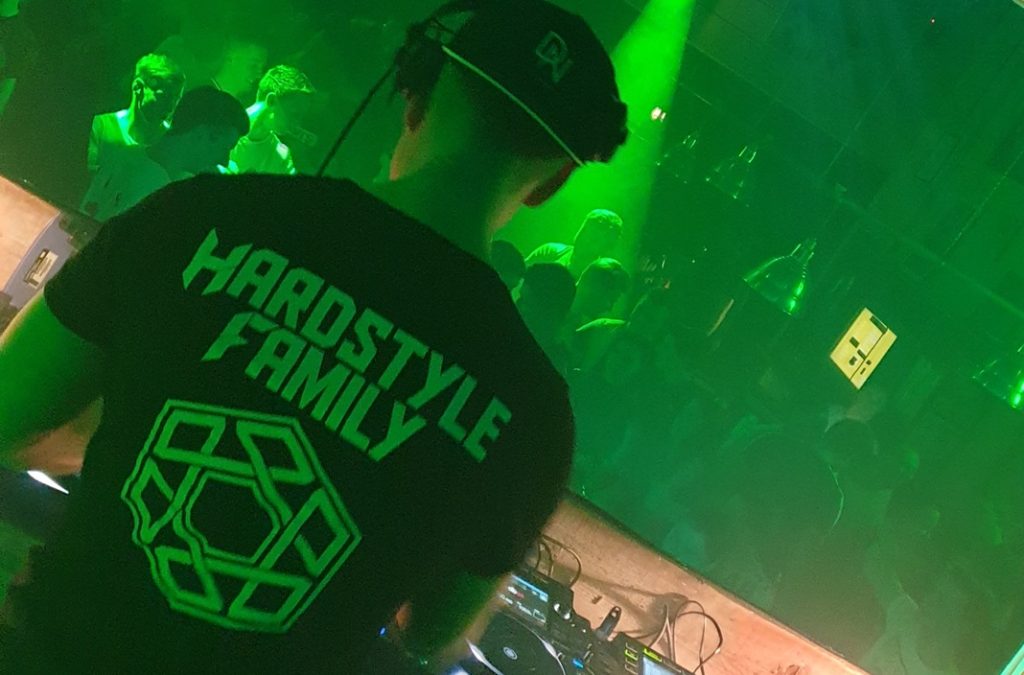 1) How and when did you get in contact with Hardstyle?
I was around 16 years when my nephew showed me this music. I was already listening to dance music like driftwood and Tiesto. But he showed me music with a hard bass, called hardstyle around 2005

3) What is your favourite Hardstyle track of all times?
I don’t particularly have one, I like more tracks. Art of creation by Project One is one of my favourites.

4) What is your best experience as a Hardstyle DJ so far?
The moment when Pinsir was becoming a hype and got played on Defqon mainstage during Power Hour. Regarding to bookings Defqon 2019 and 2018 were amazing.

5) What are your favourite indoor & outdoor Hardstyle festival?
Favourite indoor is Shockerz because of the phenomenal vibe and outdoor Intents, Fatality, Defqon & Decibel.

6) What’s on your bucket list as a DJ?
I think playing at Defqon on the Blue. 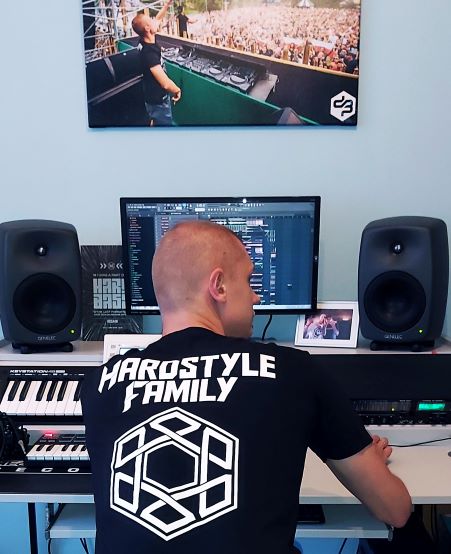 1) How and when did you get in contact with Hardstyle?
It was around 10 years ago when I was searching for some new music online. I opened “Hadstyle” page to check what kind of music it is. When I heard this kind of music for the first time, I was a bit scared but later I came back for more, it was kind of addiction since I heard it for the first time.

2) When did you started producing music and was that immediately Hardstyle? If not, when did you start producing Hardstyle?
I started producing around 13 years ago. It wasn’t immidiately Hardstyle. I started with Hands Up and Electro music. After I started listening to Hardstyle, I also started to learn how to produce it. It was a long journey to figure out how to achieve something listenable but it was definitely worth spending hours to learn it. And I’m still learning!

3) What is your favourite Hardstyle track of all times?
Many of them but let me paste a few:
1. D-Block & S-Te-Fan – Nature Of Our Mind
2. Headhunterz – Scantraxx Rootz
3. The Prophet & Frontliner – New Perspective

4) What is your best experience as a Hardstyle DJ so far?
Just be able to play what I really love, meet many people and travel around the world. Every party is a new experience!

6) What’s on your bucket list as a DJ?
I think I already realised by dreams. I just want to always back to the events where I already played and experience a new ones, still have my lovely fans and never lose all that things I was working hard on. 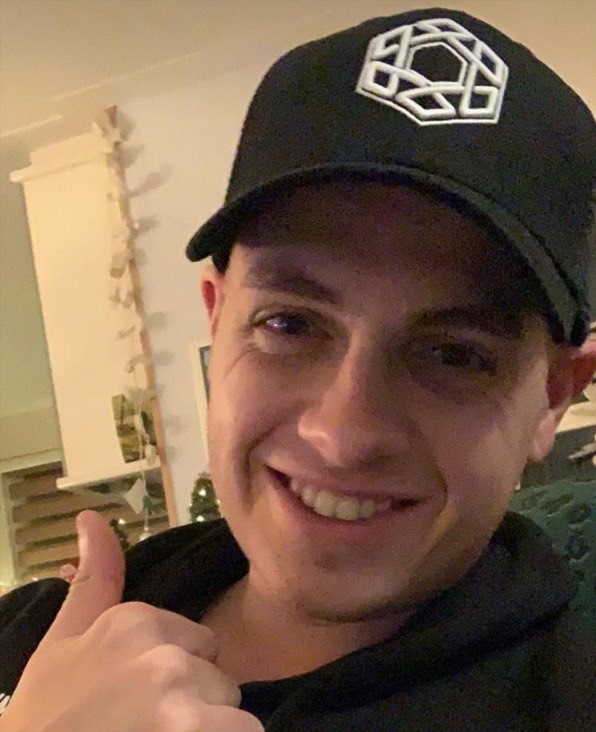 1) How and when did you get in contact with Hardstyle?
I heard my first Hardstyle track back in 2007, a friend of mine showed it to me and i fell directly in love with the energetic beat.

3) What is your favourite Hardstyle track of all times?
it used to be Wildstylez – Temple Of Light, but Keltek just nailed it with his new track Awaken!

4) What is your best experience as a Hardstyle DJ so far?
To stand on big stages and play the music that comes from the bottom of my heart! The Blue Stage of Defqon was a special one🙏🏻

5) What are your favourite indoor & outdoor Hardstyle festival?
Defqon.1 and Reverze

6) What’s on your bucket list as a DJ?
That 1 day i will stand on the Red Stage at Defqon1 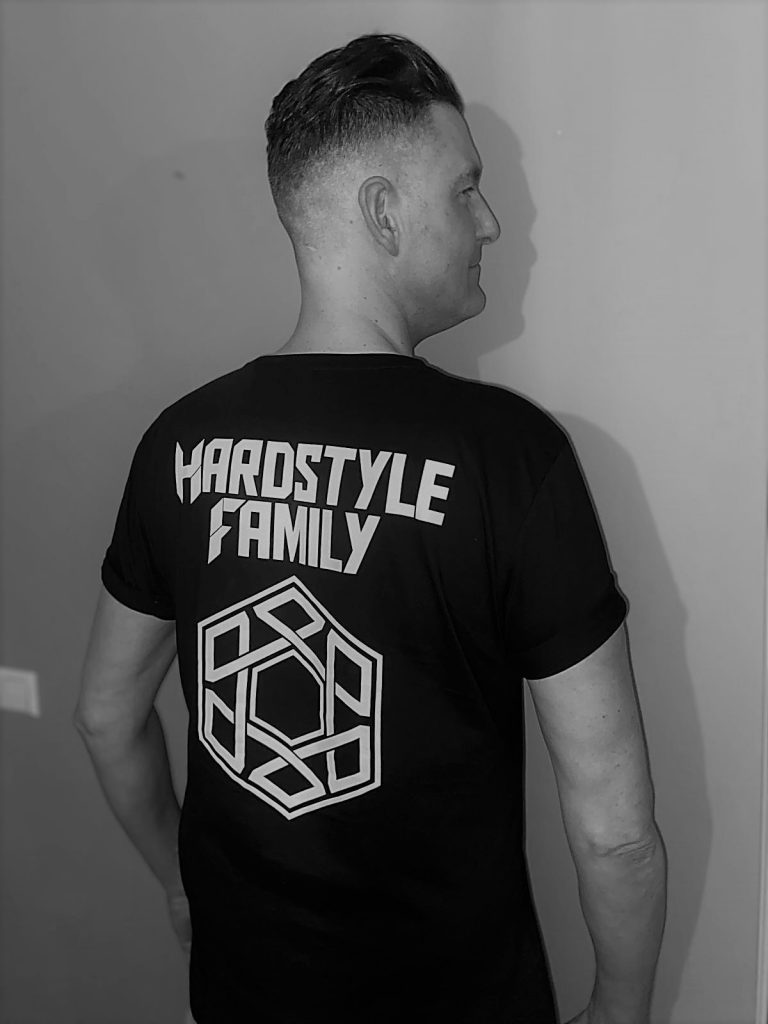 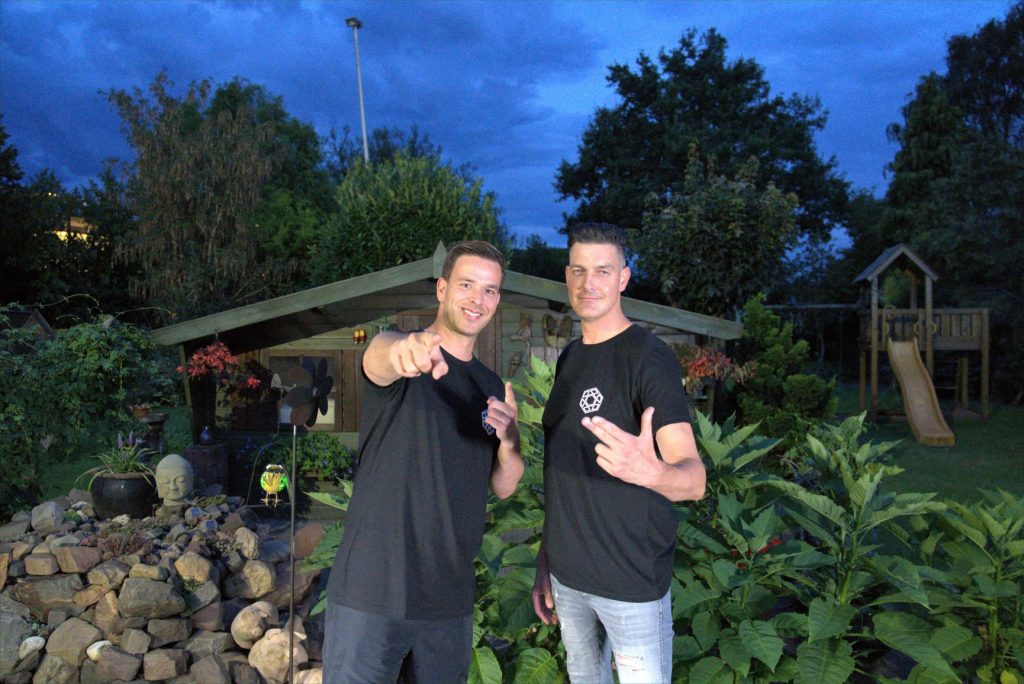 1) How and when did you get in contact with Hardstyle?
In the year 1998 -1999 I was visiting a hardcore party called ‘Rave The City’ in The IJsselhallen – Zwolle. After that a couple months later I went to Thunderdome and I realized this was my music and my life! In 2002 Hardstyle music was getting to The scène and I was visited Qlubtempo. That vibe and atmosphere was insane and since then I was hooked.

2) When did you started MC-ing and was that immediately at Hardstyle Parties? If not, when did you start MC-ing at Hardstyle parties?
In The year 2004 Friends of me organized ‘Hemelrave’ in Enschede. Two months later Q- Dance called me if I wanted to MC at Defqon 1 at the talent stage! After that my MC career went fast like a rollercoaster.

3) What is your favourite Hardstyle track of all times?
I think there is not 1 track but a couple of great bangers …like D-Block & S-te-fan & D-Sturb -Feel It, Ran-D – Hurricane and Wildstylez- Timeless.

4) What is your best experience as a Hardstyle MC so far?
By far Qlimax 2009 with Noisecontrollers!

6) What’s on your bucket list as a MC?
Defqon 1 Red Mainstage and Intents Mainstage. 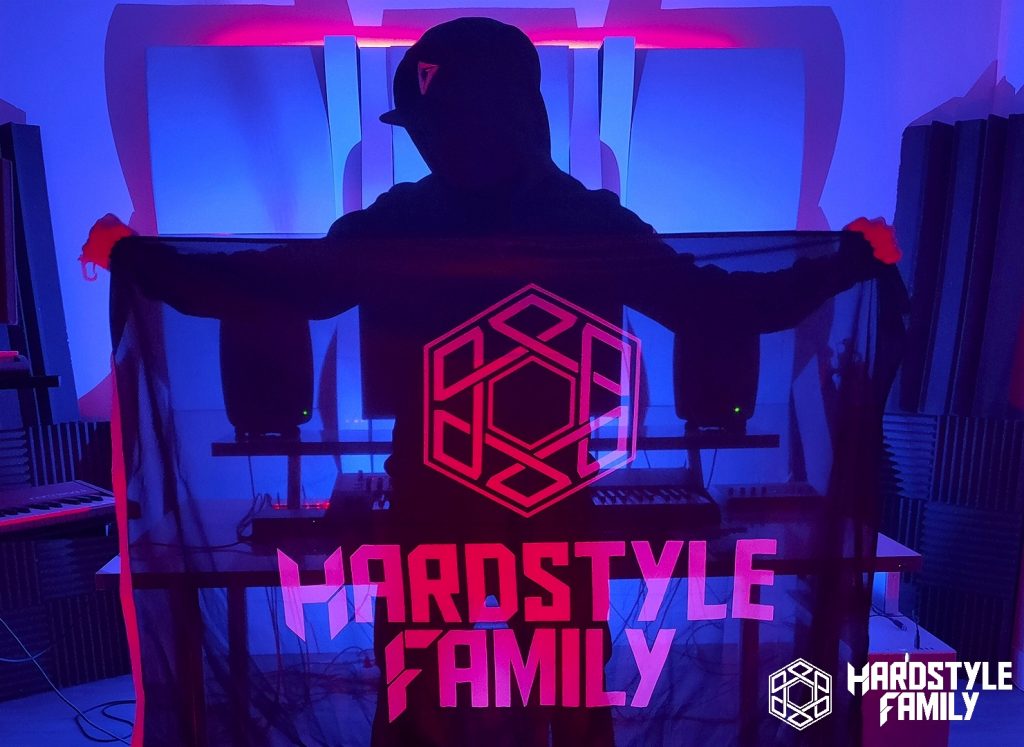 WANT TO BE AN ENDORSER?

The Hardstyle Family reflects on our feeling about Hardstyle, which is that we feel we are all related. Related by our love for the music, the intense atmosphere, the open mindedness and the indescribable connection amongst Hardstylers. Which one can only feel by experiencing it! We all know that being part of this family is something special.

Please reach out to: info@thehardstylefamily.com